When the ground temperature reached 65 degrees in May, brood x cicada nymphs dug themselves out of their 17-year subterranean homes to molt, drum up an unholy racket, mate, hatch, and annoy or terrorize folks from New England to Oklahoma. We’re talking biblical numbers of flying insects. I’m in California, but my Kentucky and New Jersey colleagues let me in on the birthday party during conference calls. Over the phone, the loud hum of the timbal orchestra sounded like a spaceship. I can understand how the overwhelming emergence of so many of these red-eyed, pinky-length horror shows would inspire the human imagination to dream up myths and fables, and to divine prophecies about wars, weather, and markets in their emergence.

At the turn of the last century, a farmer in Lawrenceville, New Jersey saw an ‘N’ and ‘W’ scribbled in the veins of the wings of magicicada septendecim. Believing this to be a sign from ABOVE he carried his cicada wings to the Trenton Times so that they too might receive what he believed to be the oracle’s message: “no war.” 17 years later, in 1919, the wings must have been all “W”—a really tardy predictor of the first World War.

That’s the problem with signs and cycles. The broken clock tells the correct time twice a day. If we plan our gaze just right and look at the clock twice a day, at just the right moment, the clock is correct 100% of the time. This is terrible data.

We know the phases of the moon, the pull of the tides, and when an eclipse may happen. So why shouldn’t we be able to isolate specific vibrations in human emotions and patterns in markets?

From the late ’70s to the end of the millennium, self-taught economist Martin Armstrong believed he could. He developed and sold commodities and currencies forecasts to clients around the world. He had identified, in his terms, “an Economic Confidence Model” which helped him augur a swing in commodities prices in 1977. Then came Black Monday. then the collapse of the Ruble in 1998—both of which he predicted. Boom. He was suddenly big in Japan, and everywhere else.

A student of history, and serious autodidact, Armstrong studied major historical events, and formulated what he called a “Panic Cycle Model.”  Underlying this model was an 8.6-year cycle that he discovered was exactly 3,141 days. That’s the number pi (3.14) multiplied by one thousand—or half a periodical cicada cycle (17 years). Six of these pi x 1000 cycles would constitute a long-wave cycle of 51.6 years—a Kondatrieff wave, perhaps?

The relationship to pi seemed pre-ordained. The proof of its prognosticating powers was inherent in this irrational, and infinite decimal. If Archimedes could measure circles with the transcendental number, and it’s value could be calculated in the simple harmonic motions of a pendulum, why couldn’t pi explain economic cycles? Welp. It turns out his model didn’t hold up. Armstrong was busted for defrauding clients in a $3 billion ponzi scheme in 1999.

The human animal is conditioned to look for patterns—to divine meaning from things that might otherwise be inexplicable. Staring at a horseracing form with exhaustive bloodlines, past performances, jockeys and trainers—there’s so much great fundamental data. In spite of that, it turns out that we typically choose our ponies by roan or chestnut, by name, number, or the color of their silks.

In markets, there are signals that would traditionally tell us where things might be headed, as well. CAPE ratios are the highest they’ve been since the early aughts. Profitless companies are raising more cash right now than their profitable counterparts by a margin that hasn’t been this wide since 1982. It is tough to imagine a time when an economic cycle seemed to be both nearing the end and simultaneously at the beginning.

Here we are in July, a month or more removed from the loosening of pandemic restrictions, and pent-up demand for in person experiences—experiences that might have potentially been deadly a year ago—is creating some frothiness.

Some folks have been sitting on cash, just waiting to invest it, or spend it on cars, remodeling projects, cruises and vacations. We’re getting more comfortable dining in restaurants again, and live music is filling clubs and music venues across the country.

Some demand is outstripping supply, and while prices for items like lumber have bubbled up, DIY projects may be tapering off as folks focus on getting back to normal. Are things looking up? Or could Pete Davidson and Jack Harlow’s NFT rap be among many signs from Saturday Night Live in the past half year that it’s time to cash out?

The answer is: we don’t know. We never know. If someone had told me last January that a pandemic would shut down the global economy for more than a year, I would have bailed, and missed the market doubling over the last fifteen months.

Because we don’t know, we keep folks invested and on plan. Vanguard quantified an advisor’s “alpha” at about 300 bps. They found that one of most valuable roles advisors play in their clients’ lives is as a behavioral coach, because helping clients adhere to their long-term plans is the “greatest potential value [advisors] can add.”

And sometimes that includes strategic planning for risks like sequence of returns risk that can impact other risks, like longevity, where an allocation to protected accumulation and income solutions can help manage those risks, and buttress that behavioral element.

Dalbar recently published the results of a two decades-long study that found variable annuity owners outperformed mutual fund investors. In 2020, that figure was plus 148 bps…because they stay put. Annuities can engender not only an empowering confidence to stay invested, they can also provide a license to spend in retirement—which is critical as more Americans are on the hook to shoulder longevity risk on their own as they draw down their DC plans in retirement.

Which is one of the reasons why fiduciaries can’t ignore annuities. Another reason? Gen X wants to talk annuities.

It’s all well and good to talk about the value of annuities in client portfolios. Investors want tools that visualize their future and optimize their well-being. To that end, we collaborated with InStream to build a tool to help quantify the impact of fixed index annuities in client portfolios. Michelle Richter’s white paper, “The Benefits of Balancing Growth and Protection in a Diversified Portfolio” employs this Advisory Annuity Impact Calculator in the analysis of the hypothetical performance of a portfolio with an allocation to a next-gen FIA with a dual crediting strategy, versus a portfolio with an allocation to a traditional FIA, and an unprotected portfolio.

Pacific Life and the PIP

In May, Pacific Life announced the addition of a fee-friendly guaranteed minimum withdrawal benefit (GMWB) to their Pacific Advisory Variable Annuity. Designed to help clients accelerate growth of their income potential while they prepare for retirement, Portfolio Income Protector (PIP) can help provide consistent, protected lifetime income when they’re ready to retire. Available for an additional cost, PIP offers income growth, income certainty and a fee-friendly structure—meaning advisors may bill on the annuity without a tax consequence for their client and without impacting the benefit base. This is a tremendous new innovation in VAs with GMWBs.

Thank You for Choosing RetireOne

Thank you for choosing RetireOne and welcome to the platform!

Wealthmanagement.com’s 7th annual industry award finalists were announced in early June, and I’m proud to report that our team is among 221 finalists selected from among more than 900 nominations. We were nominated for our direct data integrations with platforms like Orion and Blue Leaf, which make it easier for RIAs to incorporate these solutions in client plans, report on them, and bill on them, as well.

We’re on a roll. Last year, members of the RetireOne team landed a finalist’s slot in the 2020 FPA Academic Paper competition for the white paper “Managing Client Risks in Retirement with Guaranteed Living Withdrawal Benefits.” Let’s keep it rolling! 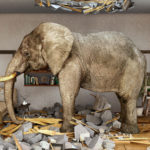 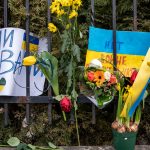 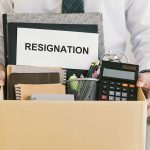