Markets reacted terribly to news of the Corona Virus hitting American shores last week. Stocks suffered their largest weekly loss since 2008. Antsy, nervous, excited—whatever you want to call it—folks are on the defensive. Markets are volatile. But where can they, especially retirees, find shelter?

Conventional wisdom says that retirees should shoulder less risk by minimizing exposure to equities and boosting allocations to fixed income. But given our new normal of central bank interventions and artificially-low interest rates, bond yields are suffering. Maybe fixed income just isn’t what it used to be.

To address fixed income challenges, another school of thought has emerged. These folks believe retirees should take on more risk by upping their allocations to equities. So, which is it? And what are you comfortable telling a client who just saw the DOW drop 3,500 points?

Former hedge funder Raoul Pal is in the first camp. In an interview for Marketwatch, Pal says the American dream of retirement won’t be fulfilled, partly because baby boomers are taking on too much risk. But maybe the these two bits of advice aren’t entirely contradictory.

Both camps aim to address a couple of the major risks investors face in retirement. The folks advocating for low equity exposure early in retirement aim to mitigate sequence of returns risk. Managing for this risk is really important since a poor sequence of returns as one begins taking income can amplify the negative impact on a portfolio. As Pal points out, “If you retire and the market falls, you can’t buy the dip.”

For this reason, the last five working years and first five in retirement are often called “the fragile decade“

People in the higher-risk camp are sensitive to longer life spans, and under-saved investors. They aim to address longevity risk, ostensibly by increasing exposure to the markets. After all, as we move along Markowitz’s frontier line, increased risk is positively correlated with increasing returns and folks are living longer and longer.

But how can you choose which is the more significant risk? Why would you focus on one and not the other? When framed in such a binary way—either increase or decrease your equity exposure—the solution may seem only to be solvable by one tactic or the other. It’s an issue of how the solutions are framed, not really an issue of what each tactic aims to address.

The advice seems to clash, but maybe it doesn’t. Maybe folks in both camps are right, and these seemingly dissonant options may be harmonized to best address sequence of returns risk and longevity risk. For example: insuring a portion of a client’s retirement income stream with a guaranteed withdrawal benefit inside an annuity could add the certainty of a lifetime of income.

We’re working on research that investigates how guaranteeing a lifetime income stream (subject to the claims paying ability of the life insurance company) could help defend against catastrophic losses in a core portion of the portfolio and shore it up against sequence of returns risk. This could then grow the risk budget to allow for more market participation to help solve for folks who are living much longer.

In this way, you may address longevity risk on two fronts by transferring some risk to an insurance company, which then potentially makes room for more growth by taking on more equity exposure in another part of the portfolio.

We believe the key to making this work is apportioning the appropriate amount of assets and selecting a low-cost advisory annuity with a valuable guaranteed living withdrawal benefit. Keep in mind that this isn’t annuitization we’re talking about, so, in many cases, the benefit may be turned on or off—at least until your client has to decide whether they even needed the income stream.

This deferral period would allow the asset to potentially grow, and with the right product, allow the benefit base to grow a guaranteed amount every year, as well—until you turn on income. Choosing to address sequence of returns risk or longevity risk doesn’t have to be an either-or scenario so long as you’ve got the right tools in your advice toolbox. David Stone explains further in this article for Kiplinger: “One Way Near-Retirees Can Ride Out a Recession” 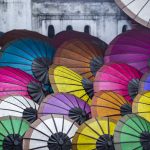 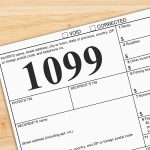