If you’ve worked in financial services for the past 20 years, or you follow financial media, you might think that Baby Boomers were the only American generation. Indeed, most of us regurgitate the dog-eared ‘10,000 Boomers turn 65 every day’ stat the way elementary students dispassionately recite the Pledge of Allegiance. With so many children of the ’60s eligible to move through the retirement system now and over the next decade or so, their impact is undeniable. It’s a lot of folks.

Writing on Forbes.com, Venture Capitalist Ben Cukier identifies what he sees as a big opportunity for fintech companies looking for underserved markets. Given the above, his conclusion is a bit surprising. He says that fintech startups and the VC funding them are largely ignoring the biggest opportunity in front of them—This great swath of folks retiring right now: Boomers.

A “blue ocean” opportunity that’s actually drowning in student loan debt does seem a bit irrational. But it makes sense when you consider that millennials stand to inherit a great deal of the wealth from their Boomer parents. And it is a lot of wealth. An estimated $68 trillion is projected to change hands over the next three decades. In advance of this great wealth transfer tsunami, financial advisors have been conditioned to believe that they need to establish a beachhead with millennials now. Maybe fintech is working from the same plan.

Millennials are considered “digital natives”—folks who have grown up with technology and consider it to be integral to their lives—so cracking the code on an app that may enjoy tremendous adoption by this audience could make someone rich rather quickly. Getting them hooked on your tech now may also reap even greater rewards later—after the great wealth transfer. It’s easy to see how this gold rush mentality developed.

Boomers, by contrast, remember a time when they had to go to Radioshack to buy MOST of the things that one smart phone can do out of the box: alarm clock, computer, flashlight, voice recorder, calculator, stereo, telephone, still camera, video camera, television, etc. Technology for them hasn’t been as seamlessly woven into the fabric of their everyday lives.

This focus on fintech for millennials also makes sense when you consider the concentration of dollars around the needs of the audience(s) these technologies are serving. For millennials it’s all about accumulation which is a sexy story to tell. They have a long investment horizon before them, so saving and investing are paramount.

Everyone loves the binary simplicity of winners and losers. The work of winning with investing is being done by mythical figures like Warren Buffet, and Jack Bogle (RIP) whose market prowess and investing philosophies are stored in the mental libraries of even the most junior investing dabblers among us.

Accumulation is trackable, and reportable. It comes wrapped in a language (alpha, P/E ratio, etc.), candlestick charts, its own colors (red and green), esoteric strategies, ratings, ‘signals,’ and excitable pundits ranting from the studios of whole networks dedicated to their reportage. Sometimes investments (sadly) go down, but history tells us that a diversified portfolio mostly goes up.

Films are made about the heroes and villains. Fortunes are won and lost. Greed and fear stalk the NYSE “pit” with the sweaty blue jacketed traders whose photos are splashed on websites and newspapers on the best and worst market days.

Boomers, on the other hand, have a different problem to solve. They are transitioning from the saving and investing frame of their lives to spending down their assets. This period even has an unsexy name: decumulation. Terrible word. Universally hated. <sad trombones>.

Name one well-known decumulation personality? Jim Cramer isn’t walking through that door. William Bengen, and Wade Pfau are. This whole side of the industry lacks star power and sex appeal because it doesn’t have the same arc as investing in risky markets. There’s no drama. The culinary equivalent of spending down assets is a grilled cheese sandwich. It’s the comfy, sturdy shoe, flannel pajamas, and raisins. Accumulation is a Porsche Roadster. Decumulation is a Buick.

Retiring Risk (with Apologies to Retireyourrisk.org)

As vanilla as it may seem, developing fintech solutions for Boomers will include solutions that aim to help them win this decumulation game—the retirement income challenge. 10,000 Boomers turn 65 every day (see?) and only 31% of them retire with a pension. As that number decreases, and Social Security strains under the weight of this crowd, building reliable, sustainable income streams will become increasingly important.

So Mr. Cukier’s assertion is right: There is a tremendous opportunity to serve Boomers with fintech. We built the RetireOne platform with a specific focus on retirement income, and that’s why we’re making a bet on technologies that will make income solutions even better, and more efficient.

We endeavor to develop technologies that will allow for the decoupling of insurance guarantees from the investments themselves which enables greater control and flexibility for Advisors and their clients as they make their way to and through retirement.

It isn’t flashy or exciting. It is necessary. 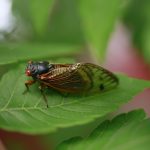 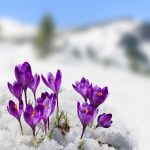