This year marks the 10-year anniversary of RetireOne. The company has a storied history, full of ups and downs, tough times and perseverance and rewards. Several people still with RetireOne were here when it started.

I’m not one of those people. I’m one of RetireOne’s newest employees, so when I was first asked to write a retrospective blog post for our 10-year anniversary, I was… a little overwhelmed, to be honest. How do you talk about the history of a company you’ve only been a part of for a short while? How do you make that sound authentic?

Luckily, one of the great things about RetireOne is how close-knit the team is, and how willing they are to just sit down with you and talk about it all. So that’s what I did: I interviewed people. I gathered stories, had conversations, and gradually a story took shape.

A Moment of Truth

“So we go back in time to the 2008-09 timeframe, when economy was tanking, banks were going out of business. The world was ending for a lot of people.”

David Stone, founder and CEO of RetireOne, recalls a time of upheaval and uncertainty within the financial sector. He had just left his position at Charles Schwab as chief legal counsel for their insurance and risk management initiatives. Like many people at that time, Stone found himself reevaluating his priorities.

“I didn’t want to go back to what I was doing, practicing law for a big company and not making much of a difference,” Stone says. “I was thinking about what I could do, how I could have more of an impact. I’d always thought of myself as more of a left-brain creative type, a risk-taker. Maybe there was something more entrepreneurial I could do. And so there was this moment of truth.”

Stone had been pursuing an idea he’d come across at Schwab for some time, the idea of unbundling insurance from the underlying investments, to create a more transparent, accessible retirement income stream. Through a mutual contact, he met Scott Strait, Schwab’s Chief Technology Officer.

“I met him for coffee in Lafayette, California. We chatted about my idea, and he thought it was great. He also thought he could be helpful.” Stone and Strait started discussing the specifics: the business model, the core of how the company would work.

“And so that was kind of the start of it. We both said, ‘Let’s give it six months, see if it works.’” Stone pauses a moment, chuckling. “Of course, now we’re 10 years into this. More I guess, because the company we launched was sort of the prelude to this company. But that was the background, how we started as this fee-based annuities platform at a time when fee-based annuities were hardly even thought of.”

RetireOne would never have gotten off the ground if Scott and David hadn’t found an insurance partner interested in collaborating on an unbundled solution. That partner was Transamerica, whose variable annuity business became the bedrock for the nascent Aria Retirement Solutions, the company that would become RetireOne.

“They said, oh by the way, we have this block of business,” Stone recalls. “Do you want to manage it and hire our people?”

Stone and Strait partnered with Transamerica in two ways: The first was servicing some of the first commission-free annuities, such as Advisor’s Edge. But the other aspect of the partnership, the one that would eventually give the company its name, was the creation of the “RetireOne” contingent deferred annuity. In fact, Stone’s interest in the idea of the annuity being unbundled from the underlying investments was the company’s primary reason for coming into existence. It was an idea that was a reality within contingent deferred annuities, and would remain Stone’s focus for the next 10 years.

That’s how the fee-based business started: with former Transamerica employees packing up their office and literally carrying it – furniture, office equipment, and even the paintings – three blocks through downtown Louisville, KY to the new office on Jefferson Street.

Cindy Ramsey is RetireOne’s Service and Key Accounts Manager. “I remember Michelle, Scott Frisch, and me…We packed up our desks at the Aegon Tower, put them in our cars and drove three blocks, unpacked them, and started working.” She leans back in her chair and smiles up at the ceiling. “So we got there, and by the afternoon we were working there. We left one company, but we were still doing the same type of business in another office on the exact same day. We didn’t skip a beat.”

Across the table, RetireOne’s Sales Operations Coordinator Michelle Ford adds, “This floor was empty. It was completely under construction, there were hardly any walls. David let me kind of design the office. I picked out the paint, I picked out the carpet and the cabinets and countertops. It was interesting, we were just starting out…”

Ramsey leans forward and continues her thought, “We had a block of business that was Transamerica’s, and we brought it down here with us. Probably a couple thousand accounts. And we were just doing the same thing under a different name.”

But it wasn’t a road without bumps. In 2015, Transamerica decided to stop offering the RetireOne CDA, and Stone had a decision to make. “Do we keep it going, or do something else?” It was a difficult decision, but Stone ultimately decided to try to make it work, to keep RetireOne going. Of course, that didn’t mean the going would be easy.

“I remember, David Stone called me on the phone and asked me to get everyone together for a talk,” remembers Ramsey, tone turning serious. “He told us Transamerica was backing out of the partnership, and my stomach just dropped.”

The company pursued other partnerships. Initially the intent was to find a new CDA partnership, but RetireOne pivoted when they saw an opportunity. By partnering with companies like Ameritas and Great-West (now Protective), RetireOne became a platform for commission-free advisory solutions.

It was a difficult time for those who decided to stick it out with RetireOne and, while Stone assured his staff that the situation was temporary, it required them to have faith that he was right. While some people did leave RetireOne during that time, many decided to stay.

“We came in every day,” Ramsey continues. “And you know what? We kept this thing afloat.  Because if we just quit answering phone calls or showing up every day, the whole thing would have collapsed.”

Across the table, Ford nods in agreement. “And the company bounced back from that. They were out soliciting other partners, and they got something fairly quickly.”

“Right,” Ramsey continues. “We said, if we think it’s going to succeed and we want it to, then we have to keep doing our jobs as we’ve always done them. And our advisors, our clients, we knew them. We couldn’t just ignore them.”

Their faith paid off.

Looking to the Future

What does the future of RetireOne hold? Time will tell. As the preeminent go-to platform for advisory firms’ insurance and annuity needs, the recent launch of Constance is a giant step forward in the direction of becoming a platform for custom solutions.

The tone here is positive, upbeat. There’s a sense that the people who work here, especially the ones who have been here since the beginning, believe in RetireOne’s mission and values, and have faith that the company will continue to reward their loyalty.

I’m one of RetireOne’s newest employees, only a couple of months into the job, and already I can feel that tone affecting me. There’s often an excitement in the air, a sense of momentum. RetireOne feels like a company poised on the precipice of something big.

I’m excited to see what the next 10 years brings. 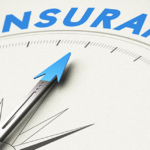 Does It Make Sense to Worry about the LIFE Act?
November 17, 2022ByBrian Engard 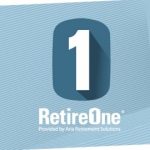